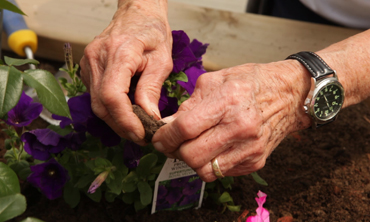 The journey toward a diagnosis of dementia is one that does not have to be taken alone. In addition to working closely with your health care practitioner, you will want to undertake your own path toward better understanding what dementia is and how it can be managed.

Below are some common forms of dementia. You can also view our Information Resources page that contains additional links to other information sites. Our social workers at McCormick Dementia Services are also available to help. If you wish to speak to someone, we can provide support and confidential assistance. Please contact us for more information.

Dementia is a word that is used to describe a set of symptoms that include loss of memory, understanding, and judgment. In additional to cognitive decline, the individual may experience changes in personality, behaviour, and their ability to perform normal activities of daily living. People who have dementia will experience difficulties or changes in two or more symptoms, and it will progressively worsen over time. Dementia affects a person’s daily functioning. Not everyone who exhibits memory loss or confusion has dementia.
More information from Medline Plus

Alzheimer disease (AD) is the most common cause of dementia. AD accounts for approximately 40 to 50 percent of dementia cases. Although memory loss is a symptom of the disease, it is not the only symptom. Alzheimer disease is a progressive, degenerative disease of the brain that leads to a loss of mental functioning that affects day-to-day activities. Several changes occur in the brain over time.
More information from the Alzheimer Society of Canada

Vascular dementia (VaD) (also known as Multi-Infarct dementia) is the next most common type of dementia. It is caused by problems with the supply of blood to, or within the brain. It is often the result of a “mini” stroke, which occurs when blood flow in the brain is blocked. There are symptoms similar to those of Alzheimer disease but the decline occurs in steps rather than the more gradual decline seen with AD. Symptoms vary, depending on which parts of the brain have been damaged and how severe the damage is.
More information on Vascular dementia 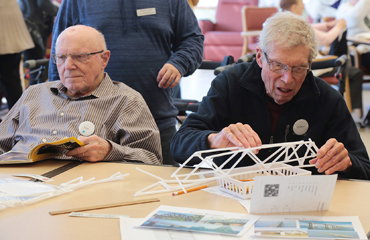 Mixed dementia is a diagnosis of both Alzheimer disease and vascular dementia. Many experts believe mixed dementia occurs more often than previously understood.
More information from the Alzheimer’s Association

Mild cognitive impairment (MCI) is a condition in which a person has problems with memory, language, or another cognitive function. It may be noticeable to other people and it will show up on tests. It is not serious enough to interfere with daily life. It is still debated if all cases of MCI are precursors to AD.
More information from MAYO Clinic
More information from the Alzheimer Society

Frontal lobe dementia (FTD) is a type of dementia that develops in the frontal lobe area of the brain. It is sometimes called Pick’s disease. Frontal lobe dementia is also called Frontal Temporal Lobe dementia (FTLD). Damage may be evident in both the temporal lobes and the frontal lobes of the brain. Symptoms can appear as a decline in the affected individual’s language or communication skills or as changes in behavior. Memory loss is not as prevalent in the early stages as with AD.
More information from The Association for Frontotemporal Dementias

Lewy Body dementia (LBD) can mimic Alzheimer disease and Parkinson’s disease. It is more common than once believed. Key symptoms of Lewy Body dementia are hallucinations (both visual and/or auditory) and the severity of symptoms can vary from day to day. Individuals with Lewy Body dementia tend to have an extreme sensitivity to antipsychotic medications.
More information from the Lewy Body Dementia Association

Creutzfeldt-Jakob disease (CJD) is a rare and rapidly progressing dementia caused by an infectious agent that is composed primarily of protein known as a prion. This dementia is often referred to as the human version of Bovine Spongiform Encephalopathy (BSE) or “Mad Cow Disease.”
More information from The University of Edinburgh
More information from the Alzheimer Society 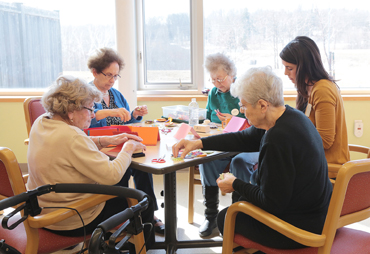 Wernicke-Korsakoff Syndrome (alcohol-related dementia) is a result of excessive drinking over a period of years. It manifests itself in memory loss and loss of other cognitive skills. Personality changes can also be evident. It is often accompanied by symptoms of nerve damage. Nutrition problems that accompany the chronic heavy use of alcohol are thought to be responsible for some of these changes in the brain.
More information on Wernicke-Korsakoff Syndrome
More information from the Alzheimer Society

Other conditions that may lead to a dementia are: